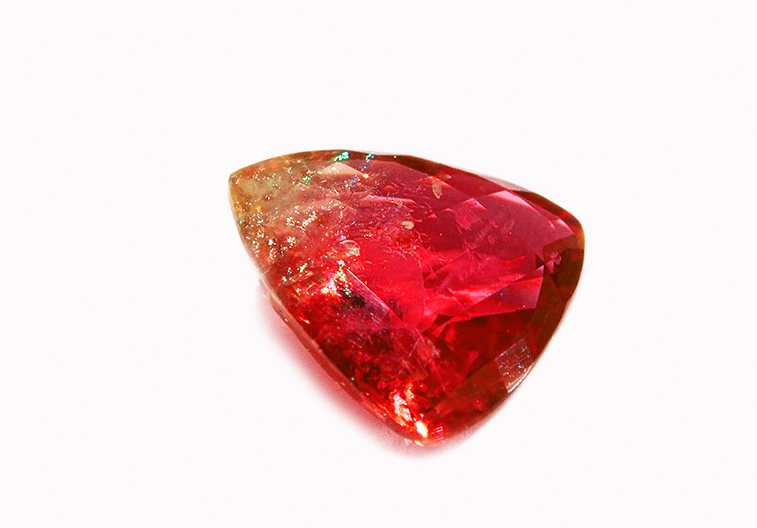 Every person has a color he or she associates with and feels relaxed, which also happens when the Tourmaline that accompanies you is chosen and helps regulate the energies. Tourmalines are gems of very different colors, which are associated with different characteristics.

A beautiful stone-like pink Tourmaline that, in addition to beauty, has impressive properties, both for love and for the physical and emotional well-being, which you might know by recording it.

Tourmaline occurs in a wide diversity of colors, including red, purplish-red, greenish-blue, intense green, and pink. But, let’s see what’s so special about the Pink Tourmaline, a heart chakra stone with several healing powers and benefits.

The History Of The Pink Tourmaline

First discovered by Dutch traders off the West Coast of Italy, the stone has a long history that dates back from the late 1600s and early 1700s. Its name comes from the Sinhalese term “turmali” which was the name all colored crystals got on the island of Sri Lanka at that time. Back at that time, pink and red tourmaline stones were thought to be rubies. However, their color tends to be pinker than the color of rubies.

Over time, as the pink Tourmaline made its way through the entire world, different cultures developed various legends about the stone based on their beliefs. For example, in the 18th century, the stone was wrapped in silk and then put under the cheek of a child struggling with high fever to induce sleep after a Dutch scientist claimed that it has this power.

In Africa, people believed that the pink stone has the power to awaken their loved ones from the so-called “dream of illusion.” And, in ancient Indian ceremonies, the pink stone was used as a tool to give people insight on what is right for them, helping them find the cause of their troubles.

People believed that the gemstone has mystical powers for a very long time. For example, alchemists believed that the stone is related to the philosopher’s stone, and can bring enlightenment, give one power over their spiritual affairs, attract opposites, and even change base metals to gold.

The Mystical Powers Of The Pink Tourmaline

Today, Tourmaline, pink to red, is considered to be one of the natural birthstones of those born in October. But it is more than just a precious gift to a loved one, and it can help one heal their heart from emotional wounds, relieve stress, and have calming energy.

So, how exactly can the pink Tourmaline help? This gemstone has several benefits and healing powers, including emotional, mental, and physical benefits.

Pink is a color that represents love and humanity. Thus, the pink Tourmaline is believed to have the power to promote sympathy for those who wear it towards others. It is also why it is a gemstone very popular among therapists and counselors as it is thought to have the power to help the wearer be a better listener and understand their patients’ struggles. Also, the stone has the virtue of unconditional love and friendship, radiating love and compassion towards others and from others to the wearer.

Its most potent power is to help those who struggle with emotional pain by healing their hearts. If you’ve ever been deceived or let down by a loved one, you know how much emotional pain such an event can bring. But, the pink Tourmaline can help heal that injury by encouraging love and gently dispersing emotional pain and disruptive feelings. It is not only a heart protector but also an aphrodisiac that helps the wearer learn that it is safe to love again and be confident in those who love them.

The pink Tourmaline also has many positive benefits for those who are feeling anxious and stressed. For example, it can help the wearer to deal with panic attacks as it has healing powers that have soothing and calming effects. It promotes communication between the conscious and the unconscious minds of the wearer, promoting better self-awareness, meditation, wisdom, and spirituality.

The pink Tourmaline has plenty of physical healing powers that help the wearer heal from any medical condition. For example, the gemstone is used by modern shamans and health professionals to treat stress and trauma, which are both medical conditions that can lead to several health problems. It is also used to help the wearer keep a healthy digestive system and strengthen their bones and teeth.

The pink Tourmaline doesn’t only help heal emotional injuries but also has healing powers on the physical heart. Those who are recovering from heart-related severe health problems can get help through the healing effects of the gemstone. Also, the stone can help those struggling with lung disorders.

8 Crystals for Creativity: What They Are and Why You Need Them ( With Photos)

Who Can Wear Pink Tourmaline?

Anyone can wear the precious pink Tourmaline!

You’d think that since it is the birthstone of those who are born in October, the stone will only help those people. However, the healing powers and benefits of the Pink Tourmaline can help anyone.

Whether you are going through an emotionally painful event or struggling with a lack of clarity in your life, the stone can help you by dispersing all the negative energies and promoting love and healing.

Also, if you are struggling with health issues such as heart or lung problems, weak bones and teeth, and problems with the digestive system, the stone can help you get healed.

For those who are struggling with restoring their sense of adventure and willingness to risk their hearts to love again and start new relationships, the pink Tourmaline will promote love and courage to do it.

The pink Tourmaline isn’t just a precious stone to wear, although it can make a beautiful gift for a loved one. Its healing and mystical powers can also truly help the wearer foster love and positive energy and bring only good things into their lives.

Hi, My Name is Amida Lui. I'm the chief writer for Jewellio. Predictability, ideals and aspirations drove my life, yet the world of gems was my heart's real constant. I'm a gem obsessed especially with birthstone jewelry and always dream of Alexandrians and emeralds. I'm continually looking for the next brilliant thing. Follow me on trends in gemstones, birthstone jewels, jewelry designer profiles, and new wear options.
Jewelry Opinion