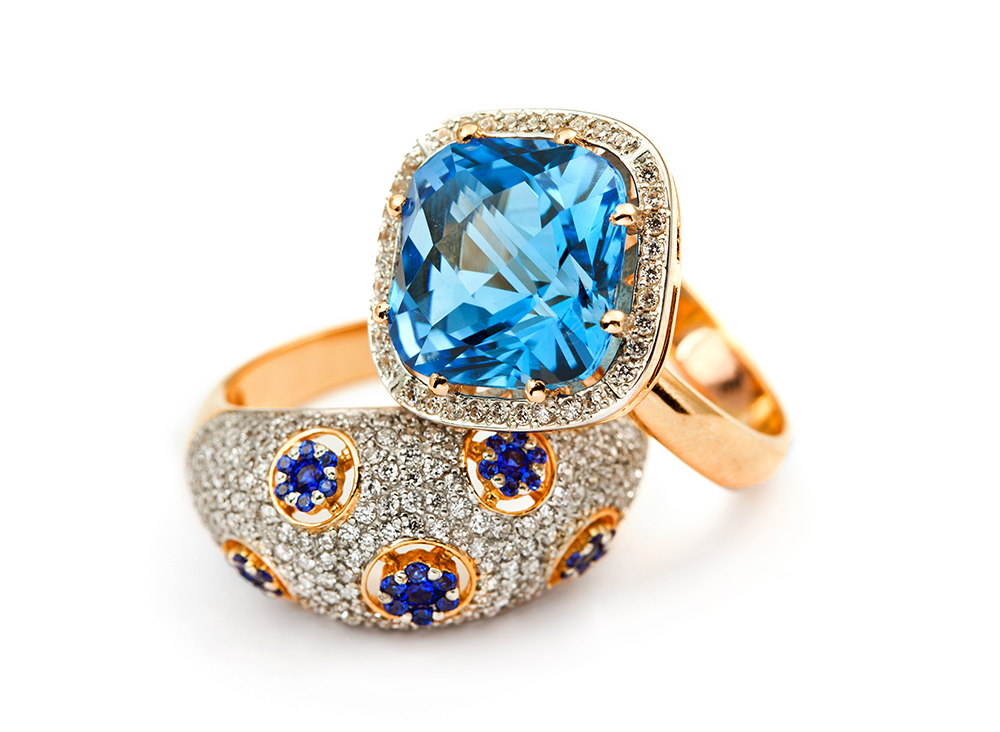 Black Spinel: Everything You Need to Know

Topaz is one of the most popular natural gemstones and, looking closely at its properties; it’s not hard to understand why. Although it’s just as beautiful and durable as emerald and sapphire, topaz is considerably more affordable and more comfortable to find. Whether you want to add more gemstones to your collection or are only looking for an impressive gift, topaz is a fantastic option. This charming gemstone is said to have emotional healing properties, boost spiritual development, alleviate negativity, and help with meditation. However, if you want to make the most out of your investment, you need to know the hallmarks of a quality topaz gemstone and the main things to look for before purchasing one.

Don’t worry; you don’t have to have years of training to recognize a high-quality topaz when you see one. By following these pointers, you can make your choice easier:

What Color Topaz Should You Buy?

In its purest form, topaz is a colorless mineral. However, most of the time, you don’t find it like this, you see it in colors such as yellow, orange, pink, brown, or blue because it contains impurities.

Personal preference plays an important part when buying topaz, but you should also keep in mind that color is also an indicator of value. As a general rule, the more vibrant the color is, the higher the cost. Moreover, manufacturers can apply treatments such as irradiation and heating to change the color of the topaz, but this also decreases the stone’s value and price. There’s even Mystic topaz, which has been chemically treated to achieve a rainbow effect of three or more colors!

Most topaz stones come in a warm brownish or yellow shade but, precisely because this color is so standard, yellow topaz is less expensive. Meanwhile, naturally-occurring orange, peach, and reddish topaz are the rarest and most costly, and they’re known as “Imperial topaz.”

Blue topaz is the next most extensive gemstone in the world, coming in second only to sapphire. Pink topaz is also famous because it looks as luxurious as pink sapphires and pink diamonds, but it’s considerably less expensive.

Tip: Before buying a topaz, carefully inspect its color intensity, and not just in-store. The lights in jewelry stores are strategically selected to make colors appear more vibrant, but the color may look different under natural light.

In general, people who buy gemstones are told that the higher the clarity, the more valuable the stone. It also applies in the case of topaz. Look through the stone with the naked eye, in natural light, and if it’s mostly clean, then it’s a quality one. However, this will not apply to all colors. The color of topaz is given by its impurities, which is why in specific colors, more impurities are tolerable. For example, it’s typical for pink topaz, which is very valuable, to be somewhat cloudier compared to other colors.

The cut goes together with color because jewelers usually cut the topaz to maximize its hue and reflect the light beautifully. Round, princess cuts are the most popular but, if you want a unique effect, go for a cabochon cut, which doesn’t have many facets.

Tip: When you have to choose between two topaz stones of similar color, size, and price, the cut can be a great way to differentiate between them. Select the one that’s cut in such a way as to show more of the stone’s surface when mounted onto jewelry.

Although it’s just as beautiful and durable as emerald and sapphire, topaz gemstone is considerably more affordable and more comfortable to find.

Many times, topaz is treated through irradiation or heating to improve its natural color and make it more vibrant. You can’t tell if the stone was treated just by looking at it, but the price can be a good indicator. If you’re looking at an impressively bright blue topaz that’s also suspiciously inexpensive, then chances are it was treated to get that color.

In general, colorless or naturally colored gems are more expensive, while the ones that underwent treatment are more affordable.

Once topaz has undergone treatment, the newly achieved color is permanent, but keep in mind that storage conditions could affect it. For example, if you keep a treated pink or blue topaz under direct sunlight for a long time, then it will start to lose its vibrance gradually.

The Healing Properties of Copper: The Complete Guide to Copper and its Benefits

Tip: A professional supplier will always be transparent and tell you if the topaz that you’re about to buy has been treated. If you can’t find this information anywhere, or the vendor refuses to answer your question, it’s best to look someplace else.

Is It Topaz Expensive?

Although it looks luxurious and it’s an 8/10 on the Mohs scale, topaz is on the lower end of the price scale. So, if you’re not a keen gemstone collector just yet and this is one of your first times buying one, topaz doesn’t require such a high financial commitment. However, that doesn’t mean there aren’t expensive varieties out there. On the contrary, the so-called “Imperial topaz,” which has a distinct reddish-orange hue, can require quite the investment and retail for more than $13,000. At the other end of the price scale, there are colorless or brownish topaz stones, which are easy to find and, therefore, less valuable.

Although a synthetic isn’t available yet, you can find some imitations of it on the market. They can be both natural varieties of quartz, such as amethyst, and they can be human-made, such as glass.

Topaz imitations are very easy to produce because natural quartz varieties change their color when heated and that allows manufacturers to create topaz lookalikes in all possible shades. Although these look beautiful, they’re not as valuable and, most importantly, you should always know what you’re paying for. If you want a beautiful gemstone that will look amazing in your collection and increase in value, go for the real thing.

Tip: Quartz topaz imitations are often sold under names such as “Brazilian Topaz,” “Bohemian Topaz,” and other brands. Be careful when you see such designations, and always ask the seller to provide proof of authenticity before buying anything.

**This blog/article is made available by the publisher for educational purposes only as well as to give you general information, not to provide specific legal or medical advice. By using this blog/article, you understand that there is no relationship between you and the blog/Web Site publisher.

15 Gemstones That Enhance and Attract Love This Year

Black Spinel: Everything You Need to Know